The Chequamegon-Nicolet National Forest covers more than 1.5 million acres in north central and northeastern Wisconsin, much of it made up of water. It encompasses the headwaters of three major drainages, 2,000 miles of stream (with almost 1,400 miles of trout water), more than 600 lakes over ten acres in size and 400 spring ponds…plus 324,000 acres of wetlands. All this water is home to more than 50 fish species.

“I’m constantly astonished at the breadth of the Chequamegon-Nicolet and its wildness,” said Laura MacFarland, Great Lakes Stream Restoration Manager for Trout Unlimited. “You can drive the logging roads and not see a soul. I’ve seen so much wildlife out there—fox, black bear with cubs, fishers, porcupines. Some 300 miles of our 1,400 miles of coldwater streams are Class 1, which means they hold only wild trout. Much of this water is socked in with alders, so it can be tricky to cast. I should mention that local chapters will sometimes have work days where they cut the alders back! Some of the streams heat up in the summer. I always carry a thermometer and check the temps; if they hit 65, I push further upstream to colder water, as the fish will be there, or head elsewhere.”

Given the forest’s many lakes and healthy populations of northern pike and bass, anglers should not ignore stillwater opportunities.

“Grouse hunting is also popular in the forest,” MacFarland continued. “Forest cuts are managed to produce good grouse habitat, in conjunction with the Ruffed Grouse Society.”

I’m constantly astonished at the breadth of the Chequamegon-Nicolet and its wildness.You can drive the logging roads and not see a soul.

Don’t discount muskie on the fly.

“I haven’t done a lot of muskie fly fishing, but I’ve caught several, and one was 36 inches,” MacFarland added. “More and more people are targeting muskie with fly rods, and there are a number of guides to help.”

In many drainages, trout move about—to larger rivers when forage is present, and to smaller tributaries in search of cooler water. Maintaining connectivity within a watershed is critical for the trout’s well-being. Trout Unlimited has been working with the U.S. Forest Service and local communities around the Chequamegon to remove passage barriers and renew connectivity. Culverts throughout the forest are being assessed and a number of have been replaced with new culverts that mimic stream design to facilitate fish, sediment and macroinvertebrate passage. 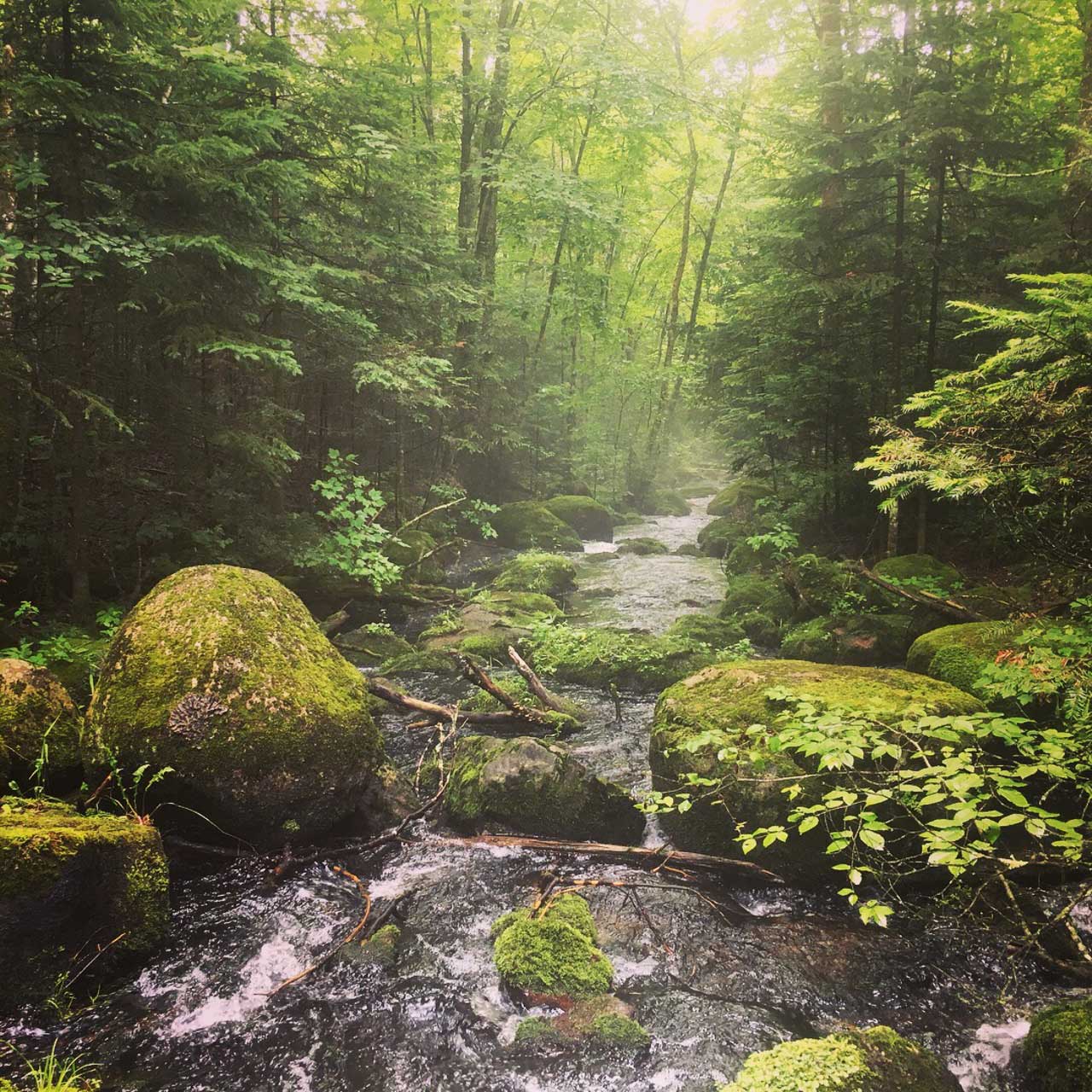 A dollar spent on conservation is a dollar spent for the benefit of future generations. And with recent budget proposals, those dollars and the programs they support are in jeopardy. Visit standup.tu.org to send a message to Congress that you support funding for conservation programs like the Great Lakes Restoration Initiative that helps fund restoration work in places like the Chequamegon-Nicolet National Forest.