Idaho’s forest grouse opener comes early. Most years, August 30th is still hot and the air is thick with dust from the wheat harvest and lingering smoke from fires near and far.

Somewhere between the truck and the high country, the air will clear and I’ll look down from the steep rocky ridges where I hunt dusky grouse to the valleys below. The flat land below is private. The Snake River plain, littered with wheat stubble and potato fields, houses and roads. The land is cut into pieces with roads and barbed wire and demarcated by “no trespassing” signs.

The land I stand on is marked with aspen and spruce. Steep, grassy hillsides are littered with scree and basalt. This land is mine. It is yours and ours and no one’s. It is held in trust not only for us, but for generations yet to come, by the men and women of the U.S. Forest Service.

This place, high in the Caribou Targhee National Forest, was property of the taxpayers of the United States, ceded to us in the Oregon Treaty of 1846 by England. And in 1890 as a condition of statehood, Idaho unequivocally ceded all claim to these unsettled lands. The settlers who populated the plains below knew in 1890 that it was a privilege to join the United States of America. They knew that these rocky hills belonged to a great nation, not a fledgling state.

The tradition of public lands managed for the use by and benefit of the nation’s tax-payers is not a uniquely western concept.

In 1911, a mere 6 years after the founding of the Forest Service to manage forest reserves in the western United States, congress passed the Weeks Act.

The Weeks Act was passed by a republican house, a republican senate and signed by republican president William Howard Taft. It was intended to protect watersheds of navigable streams in the eastern United States by purchasing them and adding them to the national forest system.

Our National Forests, east and west, are not a remnant of rapid western expansion, but a calculated and intentional effort by our forefathers to create public reserves of land. 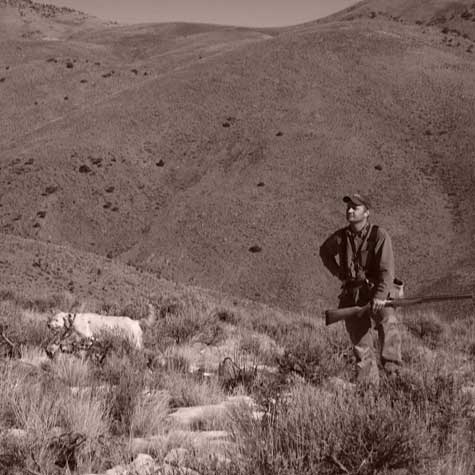 Check out the timeline below

“Humanity has gained its suit: Liberty will never more be without an asylum.”

“It is the case of a guardian, investing the money of his ward in purchasing an important adjacent territory and saying to him when of age, I did this for your good.”
Thomas Jefferson

Oregon Treaty signed between US and Britain, June 14, 1846 lands including Washington, Oregon, Idaho and parts of Wyoming and Montana become part of U.S. while lands to the north become property of Great Britain.

United States purchased southern New Mexico and Arizona, 29,670-square-miles including lands that would become the Coronado National Forest, from Mexico for $10 million

“Other lands have their vitality in a few, a class, but we have it in the bulk of our people.”
Walt Whitman, 1892

“Of all the questions which can come before this nation, short of the actual preservation of its existence in a great war, there is none which compares in importance with the great central task of leaving this land even a better land for our descendants than it is for us.”
Theodore Roosevelt

“The Federal Government has a responsibility to manage wisely those public lands and forests under its jurisdiction necessary in the interest of the public as a whole. … In the utilization of these lands, the people are entitled to expect that their timber, minerals, streams and water supply, wildlife and recreational values should be safeguarded, improved and made available not only for this but for future generations.”

Land and Water Conservation Fund Act Signed, States that “present and future generations be assured adequate outdoor recreation resources” and directed federal agencies “to conserve, develop, and utilize such their resources for the benefit and enjoyment of the American people.”

Upon passage of the Federal Land and Policy Management Act of 1776, Congress “declares that it is the policy of the United States that the public lands be retained in Federal ownership.”